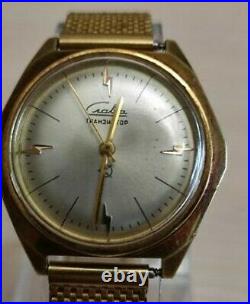 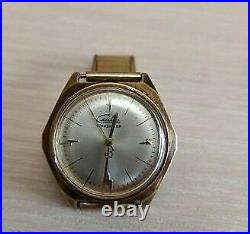 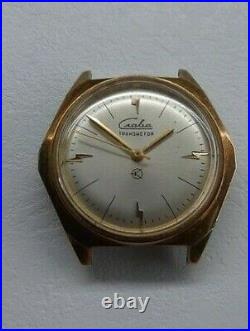 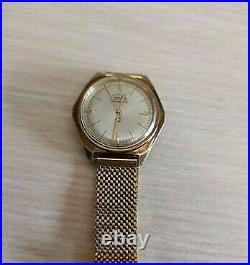 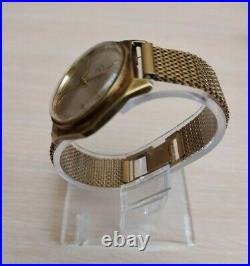 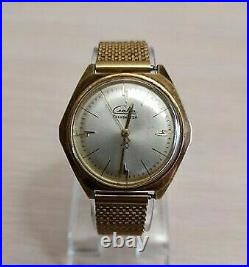 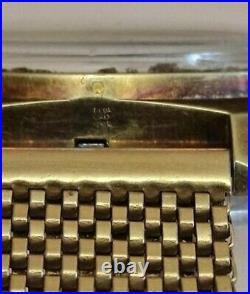 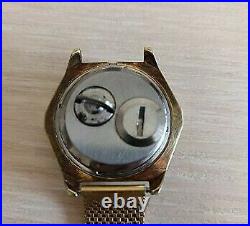 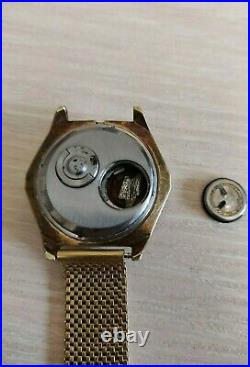 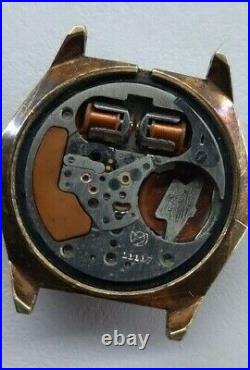 The history of the Slava watch dates back to 1924, from the founding of the Second Moscow Watch Factory. In the second half of the 1950s, a line of women’s wristwatches appeared. Later, mechanical and quartz watches, alarm clocks, pocket and wall clocks were produced under this name. The Soviet Union produced many interesting watches, but one of the most unusual was the Slava Transistor tuning fork. Nothing out of the ordinary, not even a calendar. However, the whole highlight is in the filling. This is the first Soviet “battery-powered” watch, and its principle of operation is completely different from modern quartz watches. There is a legend that during Khrushchev’s visit to the United States he was presented with the newest Bulova Accutron watch model. This watch was a real breakthrough of that time – the first serial electronic watch in the world! Amazing accuracy – ± 2 sec per day! Nikita Sergeevich was impressed, and upon his return to the USSR he ordered the production of similar watches. But, again, this is just a legend. Be that as it may, in 1962 the Second Moscow Watch Factory produced the first batch of Soviet watches “Slava Transistor”, which technically were a little less than a full copy of the Bulova Accutron. So what are tuning fork watches? As we know, a tuning fork looks like a two-pronged fork. When struck, the legs of the tuning fork begin to vibrate, with a frequency that depends on the elasticity of the material and the geometric shape of the legs. The ability to long, stable vibrations made it possible to use a tuning fork for tuning musical instruments and not only. It is this ability to stable oscillations of the tuning fork that has found application in the mechanism of the watch under consideration. Everyone is accustomed to the fact that the heart of the clock is the balance (in common people “pendulum”). The balance is spinning – the clock is ticking. Only in this watch, a tiny tuning fork acts as a balance. The technical implementation of this system is a fusion of mechanics and electronics, so sometimes such watches are called “hybrid”. The electrical part is a simple oscillatory circuit consisting of a transistor, a resistor, a capacitor, and two coils – a pulse one and an excitation one. At the ends of the legs of the miniature tuning fork, magnetic circuits and permanent magnets are installed. When the power was applied, the coils “started” the tuning fork, forcing it to oscillate at a fixed frequency of 360 Hz. On one of the legs of the tuning fork, a pusher was fixed, transmitting the oscillatory movements of the tuning fork to the ratchet mechanism. The ratchet running wheel was in constant engagement with other gears, driving the entire clockwork. The ratchet wheel deserves a special mention. This is a masterpiece of watchmaking, and probably the hardest part to make. The ratchet tooth was 0.025 mm wide and 0.01 mm high. The wheel itself was 2.4 mm in diameter and had 300 teeth. On a wheel with a diameter of 2.4 mm. The watch did not have a traditional crown; the hands were translated by a folding “earring” on the case back. When working, they emitted a barely audible buzz, more like a mosquito squeak. Also, such watches were characterized by a smooth, stepless movement of the second hand. The watch was powered by a 1.3V battery, had a gold-plated case, and generally looked quite stylish. But they did not find any special popularity, as their counterpart in the United States. By the beginning of the 70s, tuning fork watches were almost completely replaced by cheaper, more accurate, and easy-to-manufacture quartz watches, and their production was almost universally curtailed. The item “Slava Transistor USSR Rare vintage soviet electromechanical Wristwatch Early1960″ is in sale since Sunday, January 10, 2021. This item is in the category “Jewelry & Watches\Watches, Parts & Accessories\Watches\Wristwatches”. The seller is “fardemir” and is located in Zaporizhia. This item can be shipped worldwide.